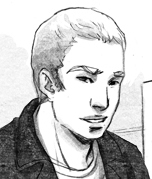 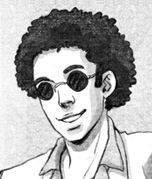 Disco Stu aka. Who-Knows, little is known about this famous and truly unique decker. He seems to own a matrix disco pub in Downtown Seattle and he obviously has a distinctive Style. Besides he is a true gentleman, very curious and he always speaks in third person. 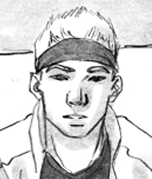 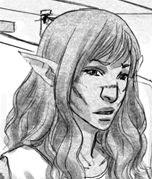 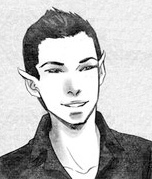 Emilio Esteban di Costa is just one of many names of the Familiar of the mage Eclipse. As well, he knows how to change his appearance as needed. His loyalty lies solely with his mistress, who grants him not without reason all the freedom he desires. Together they are a good team in almost all aspects.

I evaluate your visit with Google Analytics and cookies are required for this. Please agree to the use of cookies. Data protection declaration

If you generally do not want Google Analytics to track you, the easiest way to prevent this is to use a browser add-on.

Accept
Adult Content Warning You are about to enter a website that may contain content of an adult nature. These pages are designed for ADULTS only and may include pictures and materials that some viewers may find offensive. If you are under the age of 18, if such material offends you or if it is illegal to view such material in your community please do not continue. The following terms and conditions apply to this site. Entering the site via the link below will constitute your agreement to the following terms and conditions: It is not our intention to offend, so if you are under 18 years of age, or feel that you may be offended by this site, please go elsewhere.
Ok Cancel